2006 European Cup Final. The stage was set in Paris for the biggest game of our lives. Watching football has been a family social event all of my life and as we crammed into the tiny living room of one of our temporary homes before my parents moved north, nerves ran high. Arsenal’s first shot at the big boys trophy (London’s first shot at it for gawds sake!) I was not nervous . Somehow I knew even before Lehmann was sent off after 18 minutes. It was never going to happen. I knew even when Sol Campbell put us in front that this wasn’t our night. (Note: Sol Campbell there was no chance you could ever have been Mayor of London you dick. Half of north London wouldn’t have voted for you EVEN IF THEY SHARED YOUR STUPID POLITICS. Doh). So it was no surprise when Barca scored twice in the last 14 minutes, game over, hopes and dreams shattered for another year etcetera. Outraged, furious, morose Courtneys. Except me, who had known all along there had never been any hope to begin with.

Now this isn’t an exact analogy for my cancer because since diagnosis I have felt moments of strength, optimism and hope. But equally the news that it has spread and is now incurable was no shock because I had felt in my bones (or in my liver, more accurately) that this was always going to happen. This cancer was always one step ahead, it was always Barcelona. To be honest I expected to get to the end of active treatment first, but ringing the bell was not meant to be for me.

Life really is a bitch sometimes. Last night I dreamt my hair looked normal, my scars had faded and I was in recovery. In these particularly dark recent days sleep is the only respite from the overwhelming sadness and sheer relentless, exhausting terror that every day brings. It’s tough when sleep tells you lies so that waking up is even more traumatic than usual. I have to hope my current low mood is temporary and when the shock of secondary diagnosis has eased I will feel stronger. I think of women that following diagnosis write books, record memories, buy birthday gifts for every year of their baby’s childhood. I cannot even get out of bed. I’m told Super Ted will drag me out of this despair, but it’s far more complicated. I cannot connect with him… what’s the point? I don’t want him to miss me when I’m gone so it’s best to step back, yet agonising watching other people form closer bonds with my child than mine. I have functioned for years with anxiety and depression but now I am truly broken. I am useless. These feelings seem to be authenticated by the speed that the medical wheels are turning… the pace and urgency of treatment following my primary diagnosis has gone. I will finally see the oncologist to discuss a treatment plan 4 weeks after the news of metastasis. 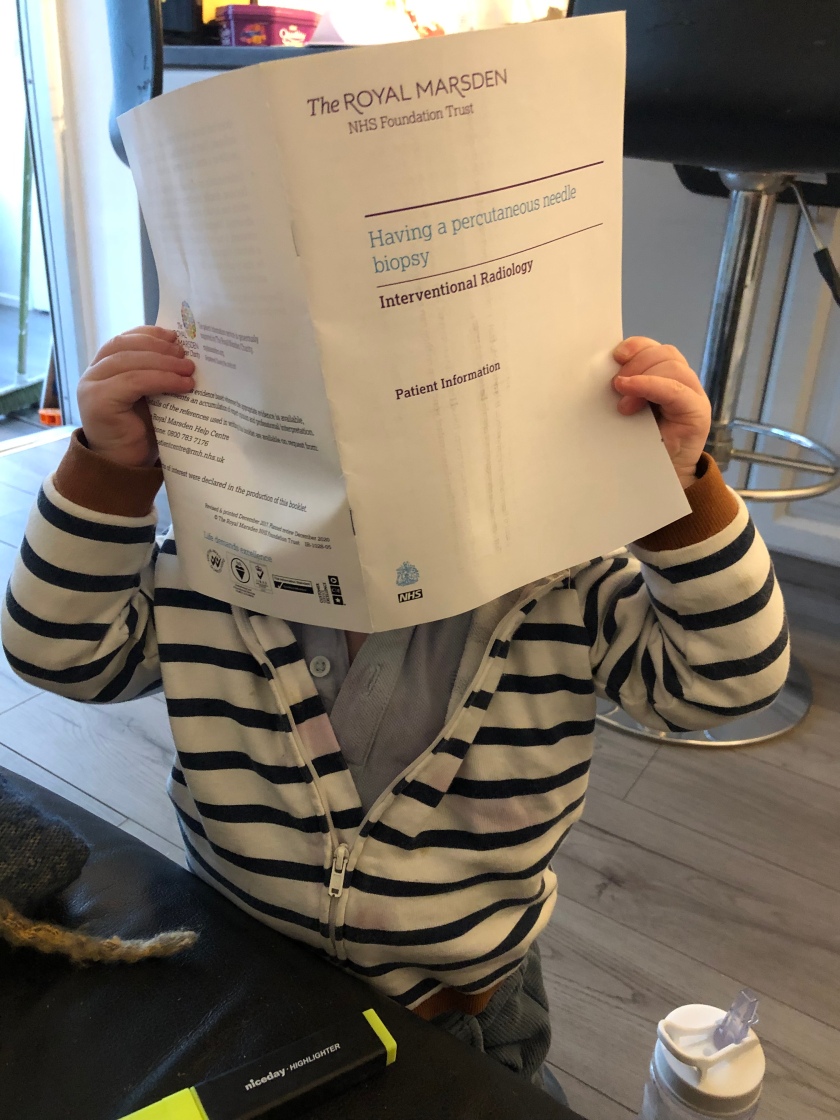 And yet. There are moments where my heart is light. Messages of love and goodwill have poured in. Knowing my family is being thought of helps me. Receiving well wishes from people I studied and worked with over 20 years ago cheers me. The parent of a childhood friend writing to me moves me so much. Cancer shines a stark spotlight on friendships- some which have lain dormant as life got in the way have been reignited with commitment and generosity. New friends offer their time and support far beyond my expectations. Other friendships haven’t lived up to the scrutiny- some people quite literally have better things to do. “Know your tribe” is a phrase used often amongst people with life changing illness and it’s true that it’s vital to know who you can rely on. My tribe know who they are and Christ knows I am luckier than most. I’ve been thinking a lot about the women in my life and the strength they bring to me. My mum: without her we’d have gone under long ago. Her selflessness and sacrifice deserve so much more than my gratitude. I’ll find a way of fulfilling her dream of a pistachio Cinquecento if it kills me. Ah.

And I’ve been lucky enough always to have a best friend (and many others in between)- in particular two women that stood beside me during stages of my formative years and who still do now, and the infamous Spudley, who has stumbled along by my side for the last ten years, often tripping up and spraining something. We will never stop laughing together even when things can’t get much darker. During radiotherapy I started off thinking of Teddy as I lay on the slab being zapped. After my diagnosis this became too painful so I thought of our adventures over the years. A recent social media faux pas on my part which caused her a minor incontinent episode. The time the train doors closed behind her before I had a chance to get on and we watched as she moved helplessly off. Her laughing so hard when I stepped in human excrement at a festival only to realise I WAS WEARING HER SHOES. Getting confused on the underground after one or two chardonnays and going backwards and forwards between stops. Her having to dress up in a Finding Nemo towel on a visit to a Greek Orthodox Church. Our top three rows: calling me an f***ing a*****le on a late night out and promptly dropping her phone down a drain. Demanding back the suitcase she’d lent me at Inverness airport while it was still full of my clothes. Berating me for getting us lost in Athens due to my poor map reading skills regardless that the words were in not just another language but another bloody alphabet. Sometimes we tell each other home truths which are difficult to hear but this is necessary because non-judgmental truth without strings is hard to find in this world. Her support has been constant. She has made me believe she would do anything for me. I love her.

Finally, I am trying to find some positives in the new new normal (ffs). Things I don’t have to worry about:

Bother, that’s it so far.

In other news my haircut is now Hilda Ogden circa 1984.

Next time people I hope to be feeling a bit chirpier.

39 year old loving being a new mum until a little hitch complicated things slightly...! View all posts by alysvictoria1978